This is Part I of our Thread Inspection 101 series.

Let's all take a moment to be honest with ourselves. How many of you, just like myself, assumed (or still do) that a bolt is just a bolt? Or a screw is just a screw? Or a nut is just a nut? I mean, it's pretty easy stuff, right? After all, you can buy a pack of 10 for a buck at your local hardware store. Who knew that there was an entire world of tooling out there dedicated to measuring these mundane pieces of metal? However, when you start to drill down into it, you will find thread measurement is actually a highly complex (and fascinating) world.

In fact, it is safe to say, that threads are the nuts and bolts of the manufacturing world...(sorry, I had to).

As such, it goes without stating that the importance of having accurately produced threads is incredibly high. In order to live up to the designed specifications, it is important that each thread bears an equal amount of the load. If there is an imperfection in the manufacture of either the male or female component's threads, the load of this system will be imbalanced, causing a particular portion of the threads to bear more than its fair share of weight. As you can imagine, this can have catastrophic results.

As this relates to inspection and quality, you can see that accurately measuring threaded components is integral to the acceptance of a product.

It is important to first understand the two basic types of threaded components out there:

In general, if you are joining two parts via threading, there are going to be two types of threads. The first is the male end which will of course screw into the female end. In an obvious example of a nut and a bolt, the bolt is the male end and the nut is the female end. As such, the nut contains threads on the inside, making it an internal thread and the bolt has the threads on the outside, making it an external thread. Of course, this example extends well past nuts and bolts, but you get the idea.

Obviously, in order for that nut and bolt to fit together they must be machined to the exact same size. The problem is this is much more complex than just drilling a hole and making sure a rod is small enough to go through it. The overall diameter of the external threads must match the smallest diameter of the internal threads, the quantity of threads in a given length must match, the pitch of the threads must match, and the list goes on and on and on (we will get into a discussion of thread attributes in a later post).

As you can see, the geometrical measurements required to inspect a threaded part would take hours to measure just one piece. This is just not a practical solution to inspecting these parts.

The good news is, there is a very easy solution that delivers excellent results. Thread gaging.

Thread plugs are exactly as they sound. They are plugs that contain external threading on them and are used for checking internal threaded components (i.e. nuts). 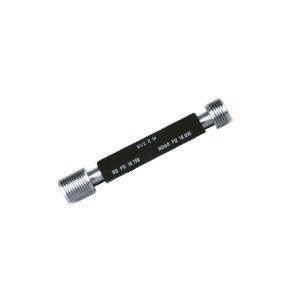 Thread rings are, of course the exact opposite of that. They are the rings that contain internal thread on them and are used for checking external threaded components (i.e. bolts). 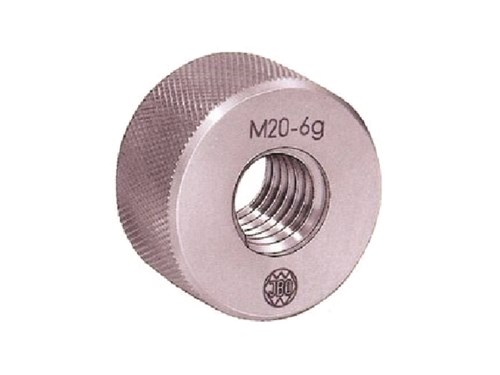 Both thread plugs and thread rings are typically machined from aged gage steel that offers exceptional resistance to common wear.

But how do they actually measure a threaded component?

All thread gages are classified as an attribute gage, meaning they do not provide feedback on what the exact size of the dimension is. This is in stark contrast to a quantitative measurement that, say, a caliper would give in which it reads out the exact dimension you are measuring.

Thread gages accomplish this in what is called a Go/No-Go measurement.

To better understand this, let's look at a typical thread plug. A common thread plug assembly (more on this later) will contain a handle with two ends, one on either side. 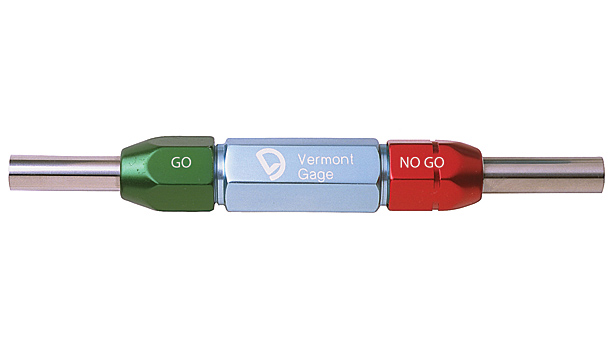 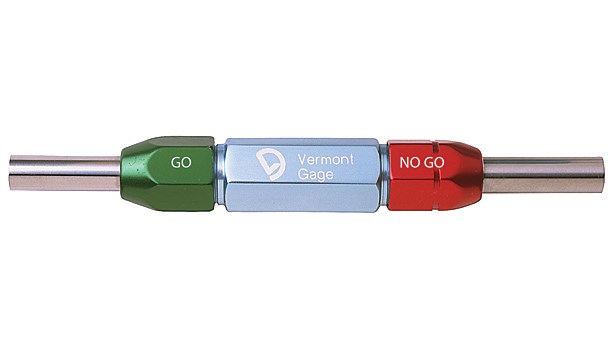 A thread ring works on the exact same principle, just in reverse. The rings are manufactured in a set, where the Go ring is machined to a slightly smaller size than the nominal and the No-Go ring is machined to a slightly larger size than the nominal. As such, the Go ring should thread onto the machined component and the No-Go ring should not.

It really is that simple.

You can see the logical advantage this type of measurement over having to find an exact dimension of every attribute. This Go/No-Go measurement is incredibly quick (a matter of seconds) and still very accurate.

It is because of this incredibly speedy check that thread plugs and thread rings are some of the most common gages in the entire manufacturing industry. They can be found at nearly every machining center where threaded components are being produced.

This is Part I of our Thread Inspection 101 Series. In our subsequent posts, we will dive into the sizing of thread gages as well as explore the intricacies of the thread gaging world.